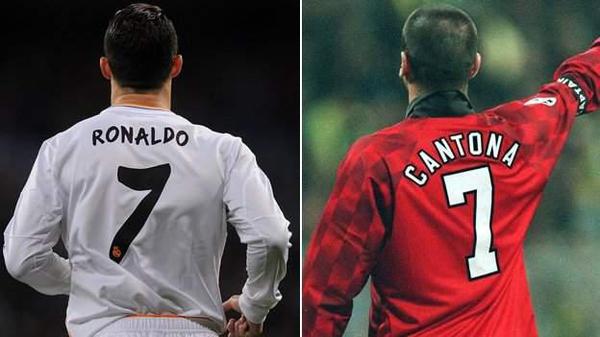 Is a big ego the key to greatness?

One evening in the mid-1990s, Manchester United players and staff attended a Batman film premiere. It was a black-tie event. Cantona was a talent with an abundance of self-confidence, but had been a destructive force inside the dressing rooms of his previous clubs in France. He had been known as much for punch-ups with team-mates at Auxerre and Montpellier as his ability with a ball at his feet. He was perceived as damaged goods in France, but in England he helped Leeds United win the league a 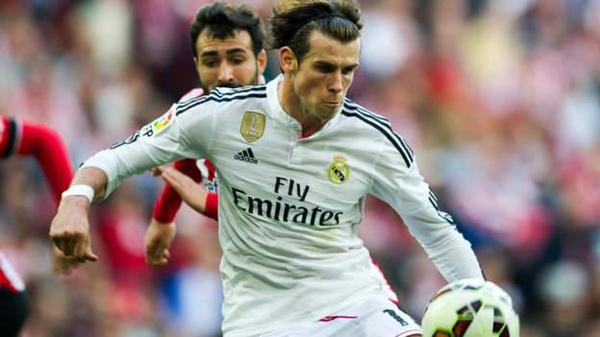 How Real sleep their way to the top

At 1pm every afternoon, the hustle and bustle of Real Madrid's Valdebebas training ground grinds to a halt and the facility resembles a ghost town. The scene is a window into football's relentless pursuit of marginal gains as clubs across Europe turn to technology, purpose-built facilities and sleep experts to recharge their multi-million pound assets and gain a competitive advantage. Tennis great Roger Federer and basketball star LeBron James are both advocates of sleeping for upwards of 10 h 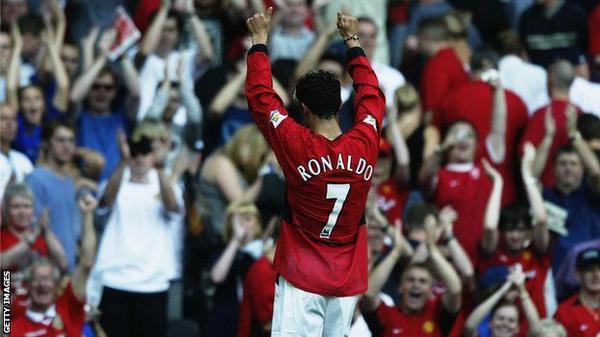 How Ronaldo became the 'perfect player'

It was in Manchester that the Portuguese sought out the expertise of a man by the name of Mike Clegg - the Old Trafford club's power development coach between 2000 and 2011 - as he began his quest to not only become the greatest player on earth, but an athlete with no equal in the modern game. "I look at the other players who come and go with talent. Nani and Anderson both came in during 2007 at a similar age to Ronaldo, but the difference was astronomical. The difference was the understanding 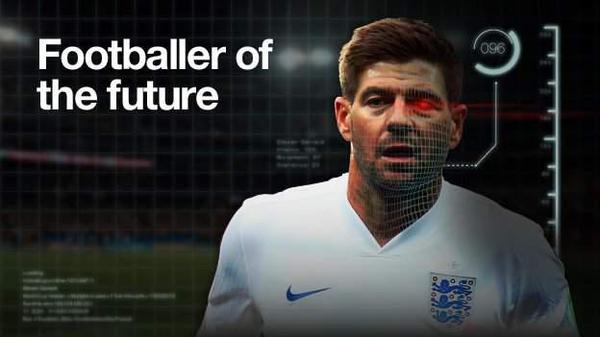 A new breed of innovative minds are at work creating tomorrow's footballer. Tom Bates is a sports psychologist with a twist. He is West Brom's peak performance coach and implements training sessions designed to improve concentration, composure and decision-making on the ball. It's late April and he's demonstrating a technique known as mirroring at a science and football conference at the London Soccerdome - a vast indoor arena in the south east of the city - in front of a 400-strong band of co
Load More Articles
Close ✕ 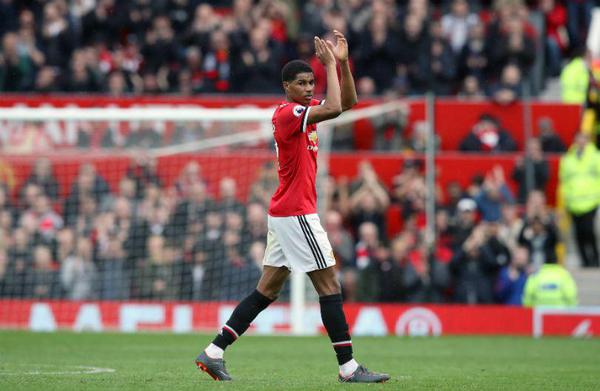 Marcus Rashford - by the men who made him

Melanie Rashford picked up her baby boy and sat him in a high chair, as he kicked his little legs and chewed on his dummy in excitement. His eyes were fixed on the TV screen in the family home in Withington, but he wasn’t interested in watching an episode of Teletubbies or Postman Pat like other kids of his age. It was a football match that had captured his attention, though his mother did not mind, so long as it gave her some quiet before her next shift at the bookmakers. Marcus was only seven 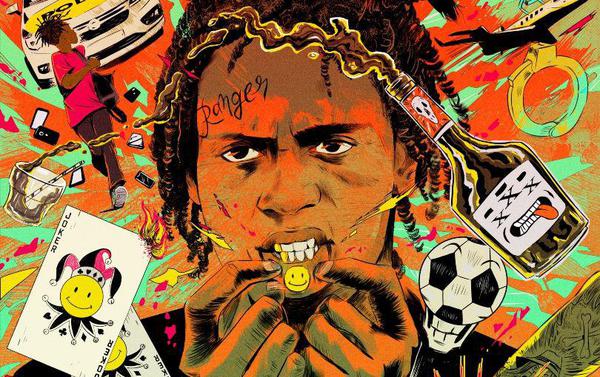 Nile Ranger's long journey back to football: "I’ve reflected on everything I’ve done wrong – and everyone I've hurt"

This article first appeared in the August 2020 issue of FourFourTwo. Subscribe now and get every issue delivered straight to your door! For as long as I can remember I’ve been trouble, which is strange for a boy whose earliest memories are going to church with his mum as a toddler. In primary school, I’d tell the teachers to ‘go f**k themselves’ and often fight in the playground. Then in Year 6, I was permanently excluded for hitting a teacher with a dinner tray and almost breaking one of her h 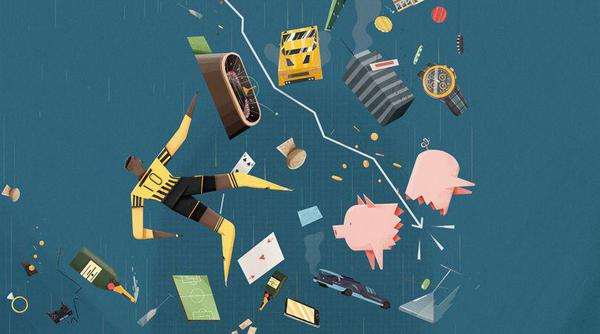 Why do so many footballers end up broke? FourFourTwo investigates...

A footballer who played for three of the game’s biggest clubs sobs after learning he’ll soon be made bankrupt. The chairman of a Premier League outfit sighs, before granting his captain an advance on his wages for the last time following another costly defeat at the roulette table. Inside a court, a player pleads with a judge to reduce his child maintenance payments after frittering away his fortune. These are not plot lines from an episode of Footballers’ Wives, but real stories unfolding in t

Inside the weird world of host families

Three teenagers are living in a house fit for a Premier League star, but this is not their property and the framed jerseys hanging from the walls are not theirs, either. This is the Midlands abode of Julie and Grant Wood – parents of Burnley frontman, Chris. They had so much fun rearing one player that the chose to do it all over again. “We believe in karma,” says Julie. “Football has been good to us, so we wanted to give something back by looking after players.” Their goalscoring son lived wit 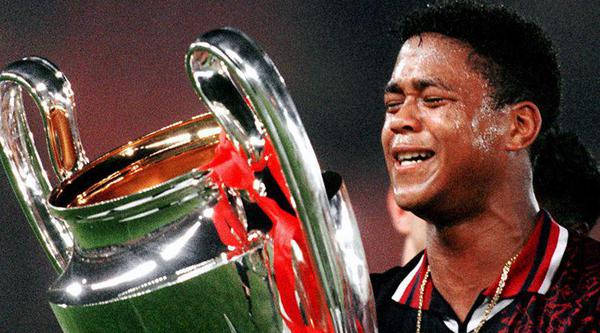 It was the night before the 1995 Champions League Final, and the biggest day of her son’s life, but Lidwina Kluivert slept well. In her slumber, she saw young Patrick come on as a substitute and score the winning goal. Her premonition was so vivid that she felt compelled to tell him the following day, as she gave him a hug and wished him good luck. Hours later, her dream came true, when the 18-year-old came off the substitutes’ bench to fire Ajax to a 1-0 win over Milan in front of 50,000 suppor 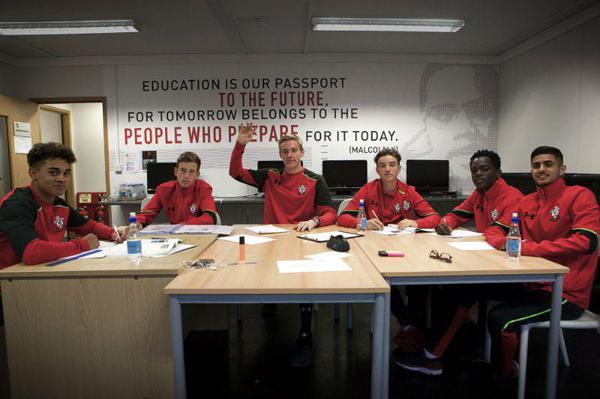 Is this the most intelligent club in England?

A classroom inside a grey portakabin at Southampton’s Staplewood training ground provides a glimpse of the future and a window into the past. Luke Shaw, Calum Chambers and James Ward-Prowse studied for their GCSEs inside these four walls, while daydreaming of football stardom. They were educated the ‘Southampton Way’ – a motto coined by the club to sum up their commitment to football and academic education. It’s more than just empty rhetoric. Chambers left school with nine GCSEs, but it’s Ward 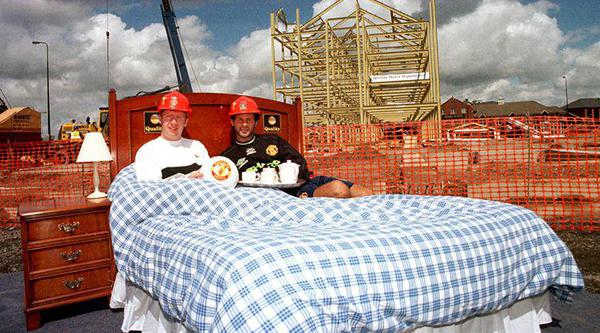 There was a time when sleep was just the thing superstar footballers squeezed in between boozy nights down the pub and turning up to training the next morning. As George Best quipped: “I’ve stopped drinking, but only while I’m asleep.” But that all changed when a letter from a Slumberland salesman landed on Alex Ferguson’s desk in the mid-90s. Nick Littlehales asked if the Manchester United manager had thought about the impact a good night’s kip could have on the performance of his players. Int 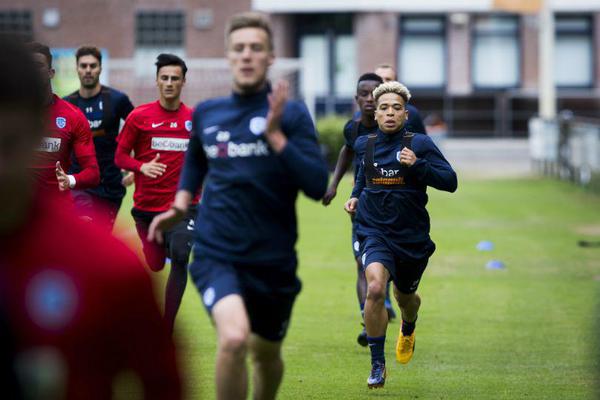 How clubs are toughening up young players

It’s a sweltering day in late July and a squad of teenage footballers runs wearily through the Lake District, each carrying a log above their head. At the end of a muddied trail, the group dives into a river and swims downstream. The players must rely on their own acumen and the moral support of their team-mates to overcome each challenge. There are no player liaison officers on hand to solve problems, nor any sports psychologists present to massage bruised egos. Related story: What it takes t 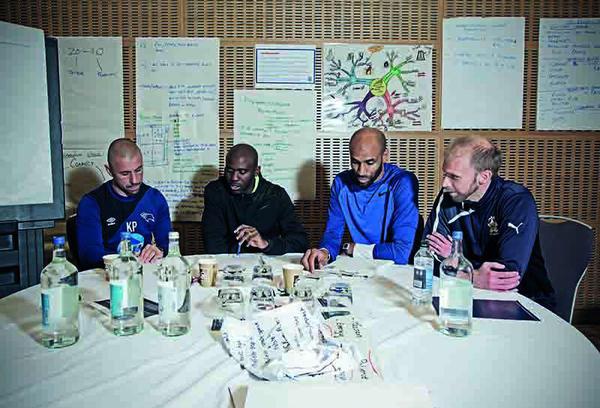 What happens on a Uefa A Licence course?

The sound of boisterous teenage boys and the barking voices of men grows louder as FFT approaches an 11-a-side pitch on a bitterly cold spring morning. Nearby, the occupants of two dug-outs huddle together for warmth, while laughing, back-slapping and exchanging stories like a pack of mischievous school kids. But, these aren’t a random bunch of acne-ridden teens. Kevin Phillips and Luke Chadwick look out from one shelter. Darren Powell and Freddie Kanoute are interested spectators in the other. 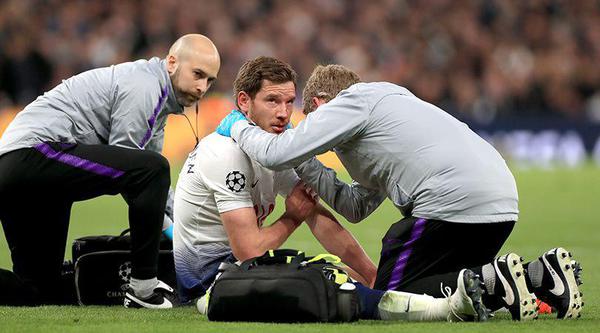 This feature originally appeared in the April 2019 issue of FourFourTwo. Subscribe today! 5 issues for £5 The sight in Andy Wilkinson’s right eye flickered and faded like a broken car headlight. A volley had struck the Stoke City defender flush on the temple from close range and blurred his senses. “It was scary, but I thought I’d be able to run it off,” he says to FFT. The right-back had a point to prove. He was out of favour but had been handed a recall for the Potters’ FA Cup fifth round ti 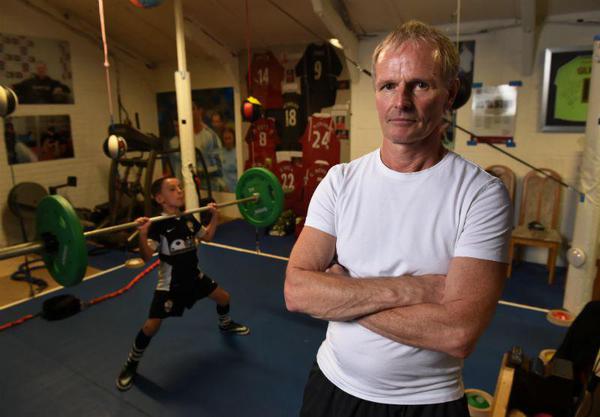 Inside the Ronaldo factory

FFT glances nervously at a large Alsatian stalking an olive green industrial unit. High-rise flats stand tall in the afternoon sky and tracksuit-clad teenagers circle the surrounding neighbourhood on bikes. It looks like many of the other lifeless metal containers littered across this working-class corner of Greater Manchester, but stepping inside feels like walking through Narnia’s wardrobe and into another dimension. Large framed pictures hang from the breezeblock walls. Paul Scholes can be 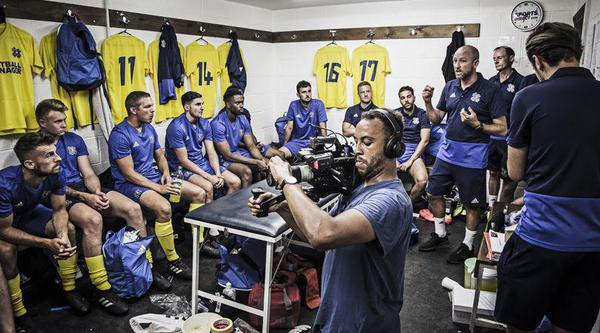 Hashtag United have conquered YouTube and non-league is next: behind the scenes of a phenomenon

James Harrington and his three sons, George, Jake and Charlie, have made a 90-minute journey from Wimbledon to Tottenham to watch a non-league football match, although dad’s not sure why they’ve bothered. “My mind just can’t process it – they’re more excited about this than an Arsenal game,” he tells FourFourTwo. Spurs’ new stadium is only down the road, but they’re a million miles away from the Premier League. It’s 5.15pm on a Tuesday, and they’ve rocked up at a ground with one stand, turnstil
Load More Articles
Close ✕ 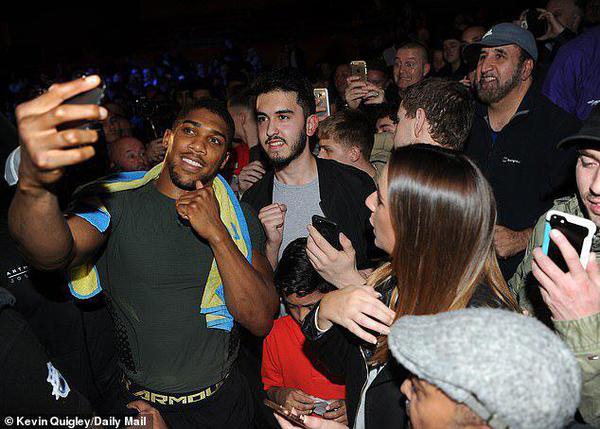 Anthony Joshua's rise from criminality to world champion has made him a star… If you're unfamiliar with the story of Anthony Joshua, it begins with an unruly boy from Watford, born to Nigerian parents, who swapped selling drugs for boxing gloves before becoming an Olympic and world heavyweight champion less than 10 years after taking up the sport. Even more impressive, he achieved it all two years before his 30th birthday. An athlete with a Hollywood story is a marketer's dream, which is why h 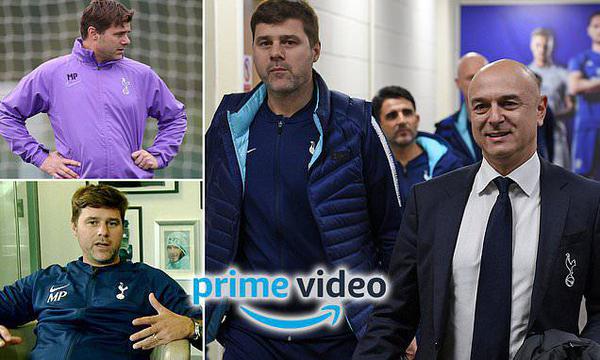 EXCLUSIVE: How Pochettino lost the power struggle against Levy

Amazon Prime are the big winners in the sensational goings-on at Tottenham because they have had behind-the-scenes access to Mauricio Pochettino's final days and the hiring of Jose Mourinho. The Premier League's newest rights holders are recording a fly-on-the-wall documentary series with Spurs this season. It became a major source of frustration for Pochettino, who was even forced to let himself be filmed 24/7 in his office. On Wednesday, Amazon were at the training ground to film Mourinho o 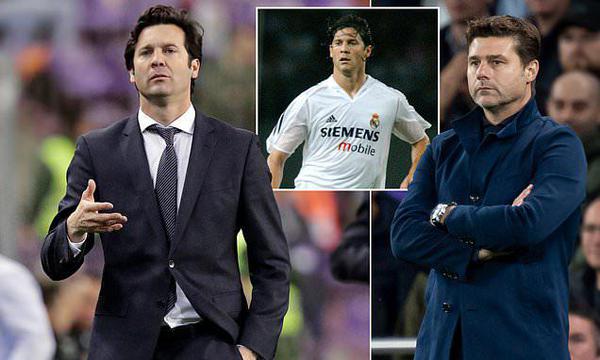 The Argentine province of Santa Fe is famed for its natural waterways and colonial buildings but in more recent times it's become a hotbed for football managers. Mauricio Pochettino spent his early years in Murphy, a small town named after a 19th century Irish immigrant, but a short distance away another Argentinian manager also began his football journey. Santiago Solari will mean little to most fans of Premier League football, but that may well change in the coming months. At 43, four years 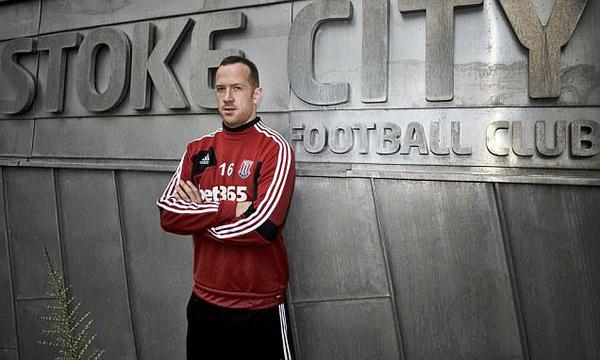 Adam: My trauma of losing the father who guided me to the very top

Stoke and Scotland midfielder Adam: My trauma of losing the father who guided me to the very top A film reel of heartbreak and tragedy flickers behind the eyes of Charlie Adam as he remembers the phone call that shattered his world on a December evening nearly 12 months ago. ‘I can remember it very clearly, as if it happened yesterday,’ he recalled. ‘I can remember where I was at the time and everything. It was a call you’d never expect you were going to get, but I got it.’ The voic
Load More Articles
Close ✕